This year on Sunday October 7, we will be sponsoring Blue Grass Nursery’s 15th Annual Pumpkin Festival in support of the Alberta’s Children Hospital Foundation (ACHF.) The event is largely run by volunteers and Blue Grass Employees with the support of numerous businesses and community members.

The success that this event experiences every year is tremendous, and continues to grow because of the on-going support from our community. Their goal is to continue to produce a bigger and better event every year and increase their donations to ACHF. In recent years, Blue Grass has been honored to have the Alberta Children’s Hospital’s Champion Child at the Pumpkin Festival. The Champion child is a child who has been treated at the hospital and is then elected as a spokesperson to represent the Foundation and help with fundraising efforts. Read below a story about Sawyer so you can understand how events like Pumpkin Festival support the Alberta Children’s Hospital and all the children that use the hospital. 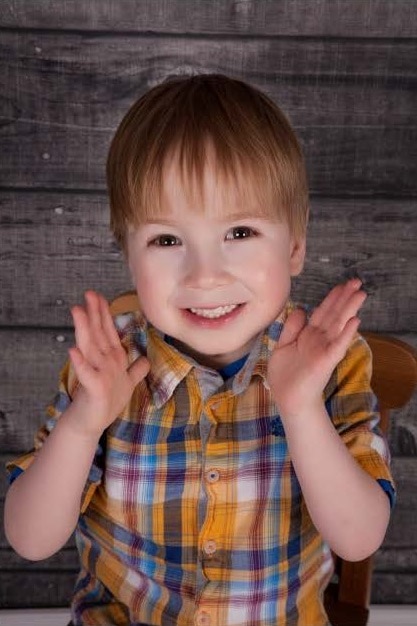 When Sawyer was born 10 weeks prematurely, his
muscles were so stiff and contracted he couldn’t bend
his arms or legs. He also struggled to breathe,
couldn’t swallow, and his oxygen levels were dipping.
He spent three weeks in the Foothills NICU and more
than three months at the Alberta Children’s Hospital
– primarily in the newly opened Edwards Family
NICU. Sawyer’s breathing issues were caused by
vocal cord paralysis. Like his arms and legs, the
muscles in his airway were contracted, affecting how
oxygen could get through. He also couldn’t eat by
mouth. He began receiving his nutrition through a feeding tube and was eventually discharged home with an oxygen tank.

But three months later, Sawyer suddenly stopped
breathing and lost consciousness while in his dad’s
arms. His parents rushed him back to the hospital,
where a few days after being admitted, the same
thing happened again. He was resuscitated but
needed surgery for a tracheostomy, an external
breathing tube, to get air into his lungs. While lifesaving,
the trach also came with challenges. It
required constant care and management to prevent
infections and obstructions, and Sawyer needed to
have a trach-trained adult with him at all times,
including while he slept. What’s more, it limited
Sawyer’s ability to play with other kids.

But in the summer of 2016, after two years of living with a trach, surgeons removed it allowing Sawyer to breathe on his own for the first time! And thanks to a hip surgery to help him walk, Sawyer can now run after his big sister.

The Kais are incredibly grateful for the Alberta Children’s Hospital that not only saved Sawyer’s life, but has also improved his quality of life. Today, he is a social butterfly who sings and dances every chance he gets!

To donate to the Alberta’s Children Hospital Foundation, please visit there website at http://www.childrenshospital.ab.ca/site/PageNavigator/howtohelp/donate_landing

What are you looking for?